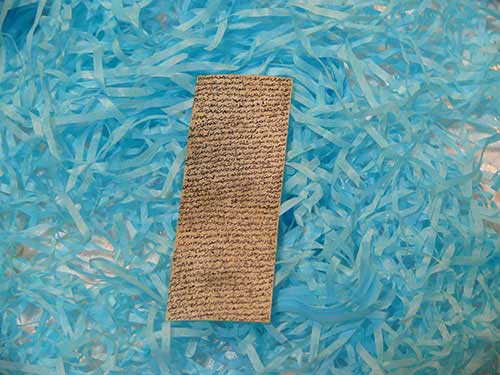 A remarkable point to note is that for the queuing of Imam Jawad (as), two amusements have been quoted. The main adjectives of the holy Prophet, known from ancient times, among the Shiites, with special effects, are the same thing as the Surah al-Hamad begins, and it should be on the skin of deer and in a silver frame, and a special prayer, followed by a person And the second Imam of the Prophet begins with “either light or proof” and does not even have one line. This second adornment is not as special as the innocent, and there is no recommendation to accompany it in narratives. Each of the two is quoted by Sayyid ibn Tavous in Mahaj al-Dawat, and Sheikh Abbas Qumi has quoted in the Mo’ta’īh only the second adornment and has forfeited the first one, probably because of its long duration. In some cases, it has been seen (for example, in the voice of Wizmah), the two amnesia are mistaken and the effects of the main amulet are expressed in the second. This mistake occurred on the religious response site, which was corrected by the name of the Great Institution, and also in the program of God, one of the program experts, committed the mistake that the institute noted.

First amorphous: Full description of this amulet can be found in the “Imam Javad’s Amulets” section.
Second Phrase: “Janor or Prophet or Matin or Muneer, or the Scripture of Ehsan al-Shorour, and the Prophet of Al-Dahur and the Holy Prophet Muhammad,

Big news weekly newsletter
Get a helpful email every week by subscribing to our newsletter!
You can cancel your membership at any time!
ممکن است شما دوست داشته باشید بیشتر از نویسنده
Imam Javad's amulet

Miracles of Amethame Imam Javad (AS)